skip to main | skip to sidebar

This was our Sunday School end of the year programme for 2015. I think the students did an excellent job and thank you for watching.
Posted by Unknown at 4:36 PM No comments:

Recently four students of the Western Plains Baptist Sunday school were awarded a Bible for their faithful Sunday school attendance. Our prayer is these students will come to know the Lord Jesus Christ as their own personal Saviour; 2Timothy 3:15 "And that from a child thou hast known the holy scriptures, which are able to make thee wise unto salvation through faith which is in Christ Jesus."

Posted by Unknown at 3:23 PM No comments:

CREATION TO TOWER OF BABEL

Our Sunday School children are studying through the Bible from Genesis to Revelation. Their study so far has taken them from the Creation of all things to the Tower of Babel.
Posted by Unknown at 2:46 PM No comments:

SONGS 4 MEDITATION ON THE LORD JESUS

I trust you enjoy these songs by the younger members of the Hitchcock Family as much as I did. May these songs lift your thoughts toward Him, the Lord Jesus Christ.
Posted by Unknown at 9:03 PM No comments:

Scripture whether it is read or sung is a comfort to the soul as one walks through this life to the next. More of these songs may be heard at http://www.freescripturesongs.org/scripture-songs/. I trust this video will be a comfort to you today.
Posted by Unknown at 11:20 PM No comments:

Unshackled is a Christian drama produced by Pacific Garden Mission, Chicago, Illinois. We play Unshackled each Friday right after the 3pm news (Australian Eastern Time) on CrossTalk.
CrossTalk may also be heard on the web at http://989warfm.com/.
Posted by Unknown at 8:07 PM No comments:

Our state of New South Wales is having state elections this coming Saturday 28 March. The following link shows the position of the candidates and their party on several important issues. If you live in New South Wales please take the time to look at this survey!

http://www.fava.org.au/election-survey-new-south-wales-2015/
Posted by Unknown at 5:03 PM No comments:

This is a short 5 minute snippet of our Sunday radio program The Gospel Hour. Our purpose is twofold. One, glorify the Lord Jesus and two proclaim the Gospel which is His death, burial and resurrection.
Posted by Unknown at 1:13 PM No comments:

This video may be found at https://www.youtube.com/watch?v=sYzPfoEWD4Q&feature=youtu.be. It is a short sample of our Friday program Crosstalk with portion of the ads included. The format is Christian music, testimonies and teaching from the Bible. Our two programs, Crosstalk and The Gospel Hour, are the the only Christian programs on this station.
Posted by Unknown at 12:59 PM No comments: 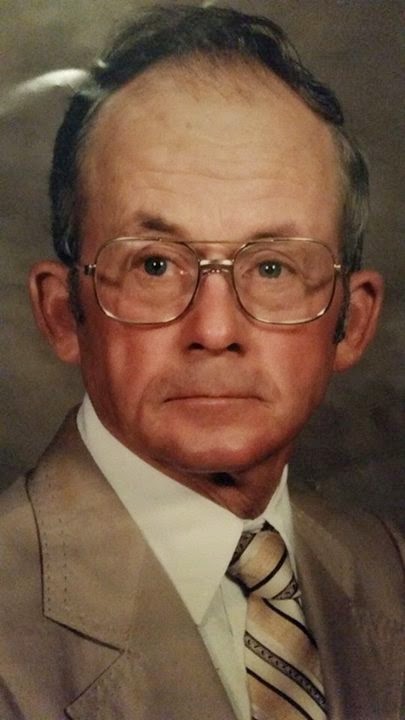 My uncle Earl went home to be with His Lord and Saviour Wednesday the 21st of January, 2015. He was 87. Uncle Earl was a carpenter by trade but when he and my aunt retired it was to the farm near Douds, Iowa. However, retirement wasn't something uncle Earl really knew. He was as active in retirement as he was when he was building houses. I have a lot of  precious memories  of uncle Earl but I will keep those to myself rather than boring you with them now.  Uncle Earl went the way of all the earth but his final destination was one made by personal faith in the Lord Jesus Christ as Saviour. Uncle Earl will be missed but one day we will be together where time is no more.

2Corinthians 5:8 "We are confident, I say, and willing rather to be absent from the body, and to be present with the Lord."
Posted by Unknown at 1:43 PM No comments:

This is Western Plains Baptist Children's Sunday School end of the year (2014) programme. We want to thank Lisa Robb for putting this video together and Mrs Bennett for putting together the programme and set. Most of all we thank God for sending His Son the Lord Jesus Christ to this world as a man. His purpose for coming was to die for our sins and then rise from the dead. Because He lives we too can live.
Posted by Unknown at 1:06 PM No comments: